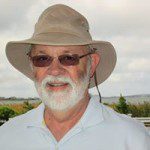 Archive for adversity into opportunity

The author of “Exceptionalize It,” Lior Arussy, told the following story today on “Your Business” (MSNBC at 7:30 on Sundays). The story illustrates how to turn adversity into opportunity.

A man enters a florist shop and orders a dozen roses to be sent home to his wife. He explains to the florist that he worked late, arrived home at 11:00 PM and realized he had forgotten his anniversary. He said he slept on the couch, his back hurt, and he started the day cranky and tired. The florist thought for a minute and asked if she could enclose a hand-written note apologizing for having sent the roses he had ordered several weeks ago to the wrong address. The man agreed and returned the next day to say everything was better than ever.

The florist suggested that the man provide the names and addresses of relatives and their birthdays and anniversaries, and she went on to say she would call him two days before each of these dates and ask if he wanted to send flowers. The author telling the story said that a $29.95 transaction had turned into $5,000 worth of business. The author of the book says we should often focus on emotion in customer care rather than logic.